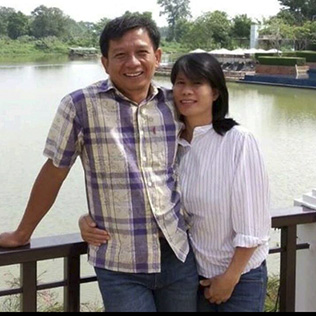 We are running our trekking tour business together for more than 20 years now.

We were both born north of Chiang Mai and with our combined experienc we are offering truly unique and authentic trekking in Northern Thailand.

We focus on delivering non-touristic trekking adventures to our guests and take them away into one of the most beautiful areas in all of Thailand where they will get in touch with the simple life of the hill tribes we spend the nights at with our participants.
Our tours will lead you off the beaten tourist paths and into the jungles and rural areas so that you can delve deep into the local culture and way of life in this remote areas.

One of our main goals is that we want our guests to feel like good friends from the very first minute on. 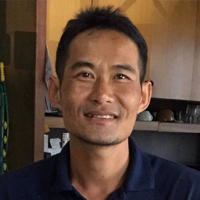 Det is not just another Karen guide, Det is a natural. Thanks to his peaceful charisma, his quiet manner and his extensive knowledge of the customs of the hill tribes, he has earned great recognition from our guests. Det speaks fluent English and our guests always have a great time with him and they have a lot of fun together. Det loves to spend his free time caring for his family, and he is very gifted at bamboo carving. 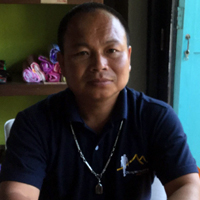 Kan was born in the Pare province within a Karen tribe and spent almost nine years as a novice monk in a temple before he started to study for a BA in Tourism Industry Management where he has specialized in the ethnic minority knowledge. He also additionally applied for his license as a tour guide in 2002 and has been working as a tour guide since that time. He has a deep knowledge of the buddhism and is very skilled in cooking yummy Thai dishes. Kan is living in Chiang Mai and enjoys trips through the countryside in his time off.

Ae was born in the Mae Tang province and he spent almost five years in a temple as a novice monk before he started to study Tourism Industry Management (BA) and after that he additionally did the training to become a tour guide and got his license in 2006. Meeting many different people from all over the globe and sharing each others thoughts about the different cultures and habits is something Ae really enjoys a lot.

Mr. Cha was born in the Chiang Dao district in Mueang Khong and besides being a very funny and skilled trekking guide, he also is a very good guide for our sightseeing tours like Doi Suthep, Wat Phalat and the Monk Trail, Doi Inthanon, for daytrips to Chiangrai or Pai or for a roundtrip to Mae Hong Son. Mr. Cha has lived in Denmark for several years and - besides speaking english - he also speaks pretty good Danish.

Meet Kae, who is descended from a Karen hill tribe and formerly served in the army, and - that is probably no surprise when looking at his career: He loves to move freely in the jungle, using all sorts of survival techniques. In 2009, Kae began working as a sightseeing tour guide in Chiang Mai and Chiang Rai. Nowadays he loves to cook and entertain his guests and friends with vocals and guitar. 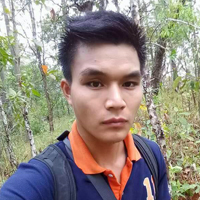 Born and raised in a Karen village Pieare was serving a few years in the Thai Air Force and after that he decided to start his training and got his official license as a tour guide in 2009. Pieare likes long trekking tours into the mountains along with the easyness during a bamboo rafting through the green nature. He is quite good in playing the guitar and he is a pretty good singer too. 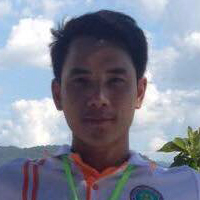 "So" belongs to the Lahu hilltribe. He has been Piroon's sidekick since 2003 and has finally gained his license as a tour guide in 2016. "So" knows the jungle like his back pocket and he spends a lot of his free time hunting and fishing. On top of his outdoor survival skills, Sos specialties when it comes to trekking tours in the jungle are bamboo rafting and crafting children's toys. 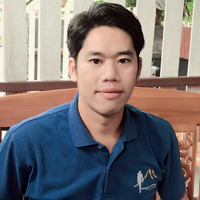 Song was born within a Lahu tribe village in the Mae Tang area with more then 20 years of experiences as a licenced tour guide. He is a thoughtful and informative guide and as his guest you are in extremely capable hands. He also is an expert at fishing and Thai cooking and enjoys playing the guitar. Song likes long trekking tours into the mountains and bamboo rafting. 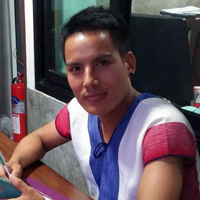 Sun is from Baan Mae Jok, a Karen hilltribe vilage. He is doing a lot of studying & training to become a licensed tour guide, meanwhile he is getting the practical experience while working for us as guide & assistance. Sun is a pretty good expert about the nature, he prepares delicious Thai meals and he has some experience in climbing. 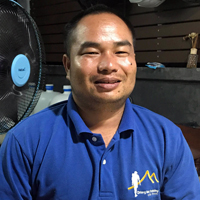 Wan was born in a farmer family from a Karen tribe and has started working in the tourist branch in 2007 at an elephant camp where he took care of the pachyderms before he switched to become a tour guide a few years later. Wan is an easy going, very friendly and often funny guy with a wide knowledge of the local culture and nature and he is a very good cook as well. Wan enjoys to meeting new poeple and learning about their different cultures from all around the world. 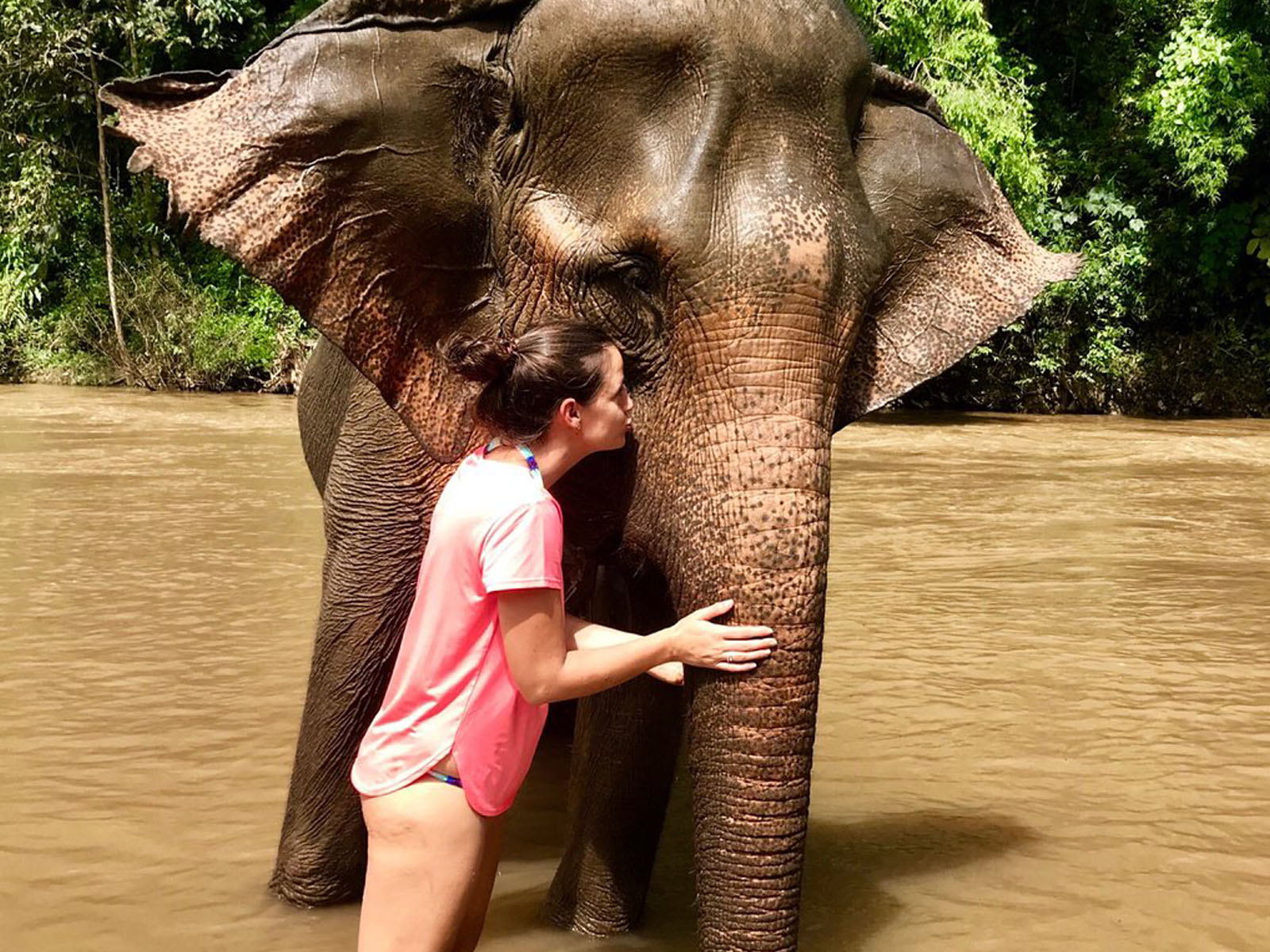 ChiangMai Trekking with Piroon is highly recommended! We spent eight nights here in the associated Baanantaya Guesthouse. The boss herself and all employees are super friendly and lovely. A very pleasant atmosphere! Every question is answered with joy. The guest house is an ideal base for exploring ... [More...]

The reason we chose this trip was because of the local feel and wealth of knowledge. This was evident throughout the trip. It was truly natural - the food was better than most hotels and we were constantly full! Such a good feast of fruit, steamed banana cakes, toast and scrambled egg.. delicious! I'm ... [More...]

You can find us on TripAdvisor and see how many, many other guests have rated their jungle adventure with Chiang Mai Trekking.

If you are German speaking you can also find many reports of participants of my tours on the website of Stefan Loose
(publisher of a very popular German travel guide for Thailand).